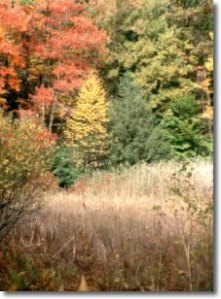 It was a crisp 32 degrees (Fahrenheit) early Sunday. I was heading up to the area around Bear Mountain and Harriman State Park with two colleagues who also love to hike. The sky was blue as anything; the fall colors were muted but beautiful.

The area is a magnet for people who love the outdoors, and busloads of people depart the NY Port Authority each weekend day for Harriman; the Appalachian Mountain Club runs frequent dayhikes in the area.

My backpack was stocked with water, trail mix, and Lara bars (to the uninitiated, earthy raw food energy bars.) And a couple of organic chocolate bars, too.

We were going to need sustenance: we were headed to Woodbury Commons. The outlet mall.

Regular readers might (accurately) guess that I’m not much of a shopper. Over the past months, we’ve had colleagues in from Europe on 2 and 3 week visits. They stay over the weekends, and it has been a blast watching them explore New York.

And our visiting colleagues have been to shops all over the city. But they haven’t had a somewhat typical American outlet outing: so a local colleague and a visitor hatched this trip.

The palette of colors in the hills surrounding the shopping center was beautiful. I looked up at the rolling hills, touched with reds and oranges, and thought about the people who saw this and thought, “This is beautiful. Let’s put a mall here!”

About 90 minutes from the city, public transportation is possible, but not so convenient that we didn’t decide to drive. Tens of thousands of our fellow shoppers made the same choice.

In the end, we were underwhelmed. We agreed that the prices didn’t really beat prices in the city, and the selection in the city is far better. (And in the city, you aren’t limited to mall food vs. packing your own lunch. Although I was surprised to get tofu and vegetable mall food; my only purchase for the day.)

The day before my mall trip, I spent an enormous part of my day setting up a new phone. (Which I wanted, didn’t “need”.)

To get to the point, I gave my weekend away to consumption. I did spend time contemplating my actions. My reflections probably did alter my behavior in some ways. But not my impact on the earth. (Aagh, I even took a plastic bag with the mall food; but not for the phone.)

This morning’s public radio soundtrack led me to Consumed, the current American Public Media series on consumption and sustainability. APM’s sustainability coverage has been excellent, and this series plumbs the question of whether behavior like mine is sustainable. (Um, if I’m just counting this past weekend, I’d guess not: two steps forward, one back. Sigh.)

I can wish for a set of podcasts for Consumed, similar to the set APM has posted on iTunes called Green Rush. If you search iTunes for American Public Media and Green Rush, you’ll find 20 podcasts grouped together on the topic of Eco-business.