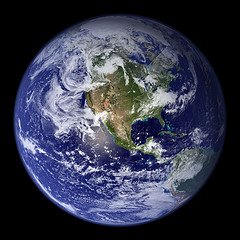 Fasten your seat belts: this post is a bit “earthy”.

Regular readers know that I’ve spent a lot of my career with a day job in financial services, and that late last year my entire team was politely shown the door due to a merger.

I got a great severance package, including the services of a blue chip outplacement firm. Outplacement, for those who don’t know, provides job search services and office facilities to laid-off corporate executives.

This is my first round (and probably last, although I’ve learned not to say “never”) through outplacement. All in all, I’m pleasantly surprised.

Some of my fellow clients set themselves up in offices at outplacement and report to the work of job search work every day. This firm provides also support to people who are buying and starting their own businesses. I mainly show up for meetings, since I have a good office setup at home.

So while I’m in the process of starting a small management consulting practice (which I’m sure will make the pages of this blog as time goes on) I’m also meeting with professionals who have looked at my business plan, and a group of other laid-off executives who are starting their own businesses. It is a huge blessing to have this support!

That said, the New York office of this fine business is stuffed to the gills with out-of-work finance professionals.

The other day, I went in for a meeting, and and there was no toilet paper in the ladies room. Not a spot. And while I’ve seen worse situations in public restrooms (even here in the “first world”, although things like this week’s airline imbroglio is another nail in the coffin of “first world” status for the US, as far as I’m concerned, but I digress), the waste baskets were overflowing, the soap dispensers were empty.

Two or three women were in various stages of exiting of the ladies room as I was walking in. None of them warned me about the lack of, um, amenities. Nor did they (apparently) report the issue.

(Doesn’t this violate some kind of girl code? Or is the world of job search so dog eat dog that even our most primal agreements are out the window?)

At any rate, I noticed.   Having cleaned bathrooms in a small business, I had no problem asking the receptionist for supplies. There was a bit of a production, a flurry of phone calls and flagging people down. I would up with two half rolls of toilet paper, and the information that this had happened the day before, too.

That evening, I wrote a very ladylike note to the head consultant, and got a slightly harried, almost appropriately horrified, and appreciative response.

The place is overwhelmed with volume.

One of the outplacement consultants reported that one Gigantically Large Financial Services Institution (GLFSI) was sending executives in to outplacement with one hand — and hiring in other outplacement clients in with the other.

Um, it took me about a year to figure out how to get things done at the gigantic global financial institution I just left. Wouldn’t it make sense for GLFSI to keep people in the fold*?

Do institutional knowledge and the relationships that people build up by virtue of working in these firms have value?

Rhetorical question. Of course they do. The real question is, why is this not seen, and valued by the current marketplace?

Seeing this value isn’t just some floofy sustainability practice: it is good business.

*(NB: this wouldn’t have applied to my situation — due to the merger there was very little hiring going on. And it was time for me to move on, and I did so gratefully!)